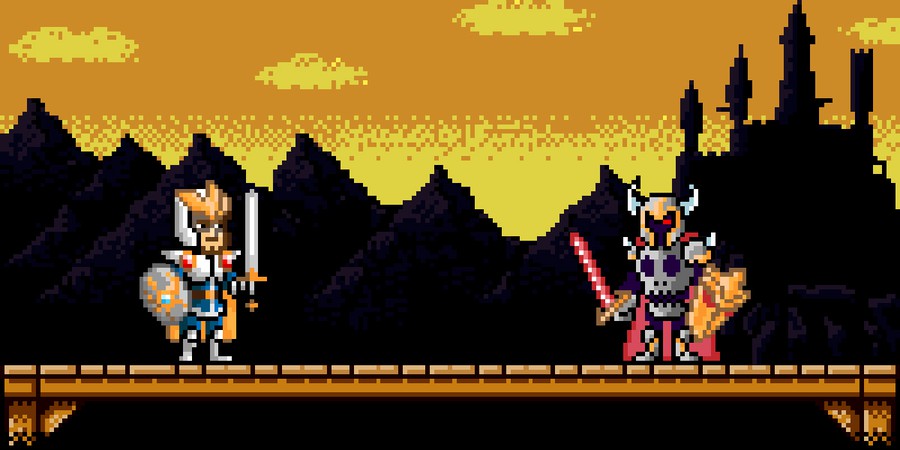 Info57770436 needed a new illustration or graphics design and created a contest on 99designs.

A winner was selected from 22 designs submitted by 5 freelance designers. 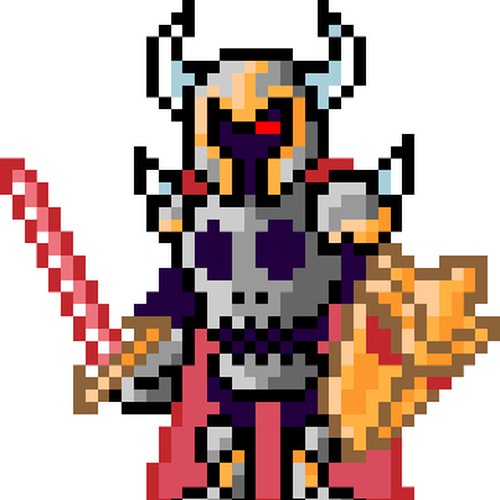 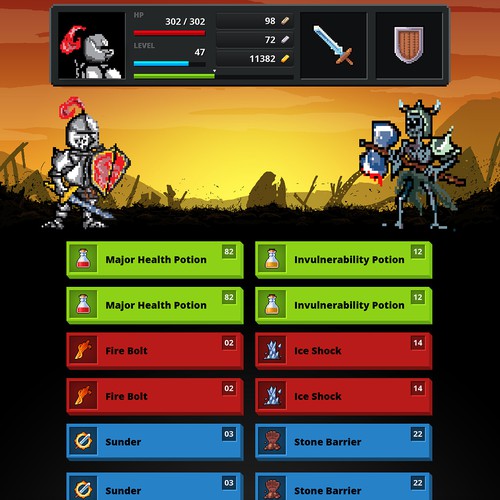 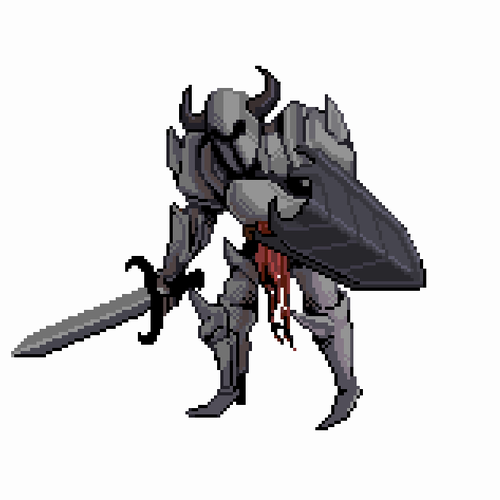 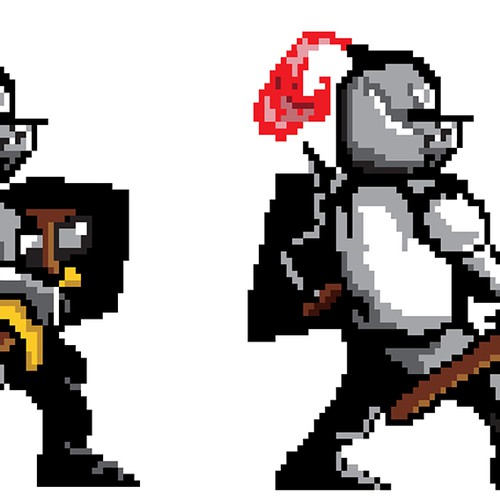 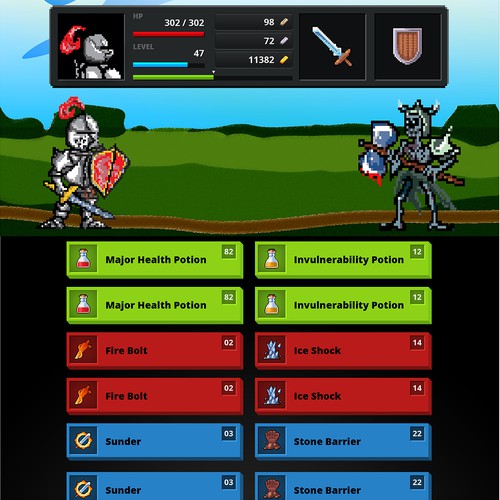 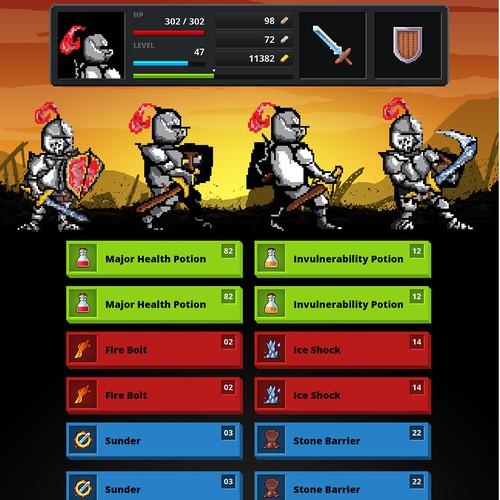 Winner - Dante Bañuelos
Dante is one of the best and most flexible designers on 99Designs. We had a great experience with communicating ideas, reviewing drafts, making changes, etc. The process was very smooth and the results were great!
- pavel w

How Info57770436 started their illustration or graphics journey

We are in the process of developing a mobile RPG which will be launched on all major mobile platforms. Our design team is fully capable of designing the framework and UI of the app, but not able to do the detailed character artwork.

We need someone to create Pixel Art designs of the various characters needed for the game. This job will be for the design of a single screen of the app - all you are required to do is design a single "Main Antagonist Character", a single "Monster" character and a single "Backdrop/Background"

#1
1 Pixel Art Warrior - Main Antagonist Character - This is the main character of the game, a "knight" who wields a sword and shield and wears armor. We will need both a "walking" and "sword fighting" sprite version of this character.

#2
1 Pixel Art Monster - These are the basic enemies encountered throughout the game. We would like you to design a Skeleton Monster.

Attached is a file which contains a couple of things:

Battle-Screen.jpg - This image show on the left where the main character will stand, and the right side show a potential enemy, such as as zombie. These pixel art illustrations were placed in just to show you how it might look, we are not using them in the actual game.

Battle-Screen-Empty.jpg - This image was put in so you can place your animations on the actual app screen to see how they look and feel with the current design of our app.

Item-sprites.png - this file shows a sprite sheet that we are using for all other items and other random stuff in the game. You can use it to base you style upon, if needed.

template.png - You can use the PNG to place characters on and preview background and character combos.

Please design the three elements mentioned in the design brief. Place the characters and background into the designs we have provided so we can see how the entire design works together. Please let us know if you have any questions.

** The winning designer will be asked to create additional monsters/backgrounds in a one to one job for additional payment.

Medieval Fantasy Web Banners
$249
We sell fantasy styled armor and faux medieval weaponry for live action gaming and cos-play....
10
entries
7
designers
Football stadium backdrop illustration!
USD 1,000
Create backdrop illustration or 3D model for our new mobile football game (to feature an NFL player).
110
entries
41
designers
kickstarter game project Illustrations
CAD 909
an multiplayer online game, causal gamers...
31
entries
4
diseñadores
Character Illustrations for 10 Small Cards
$ 400
Game of Energy is a board game that puts all of the world's energy industries together, requiring each player to find...
27
entries
4
Designer
Create artwork for a Tiny Arcade
$299
We make small electronics for hobbyists and makers. Our new product is a Tiny Arcade cabinet that allows people to p...
15
entries
8
designers
Help me make an addicting 3D mobile game
$299
We simmer with ideas and boil over when they come to life. The current product is target mainly toward adult men ...
17
entries
4
designers