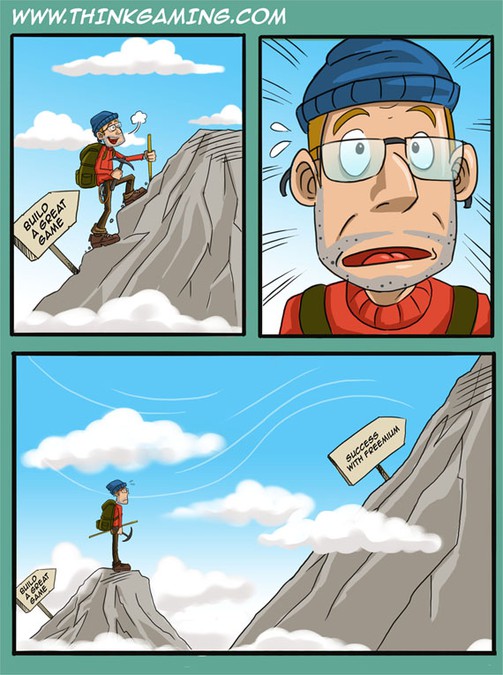 me+think needed a new illustration or graphics design and created a contest on 99designs.

A winner was selected from 12 designs submitted by 6 freelance designers. 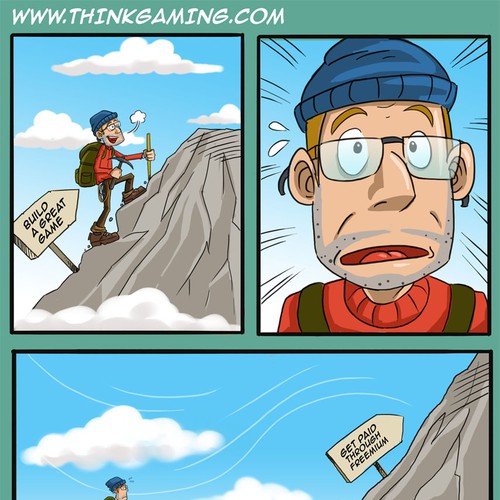 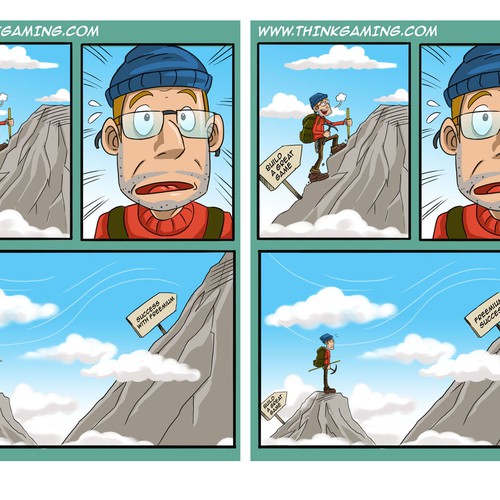 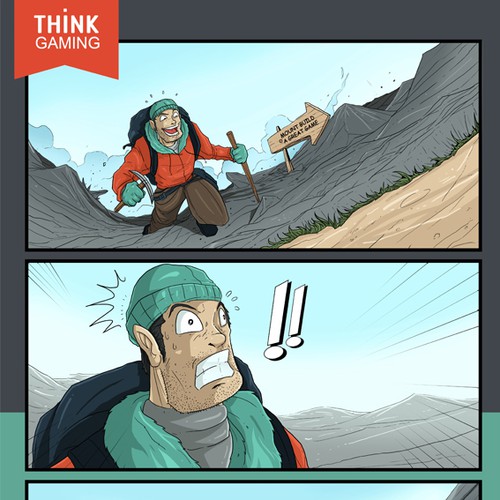 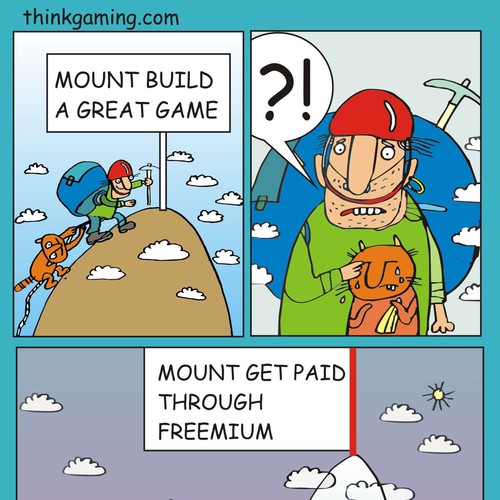 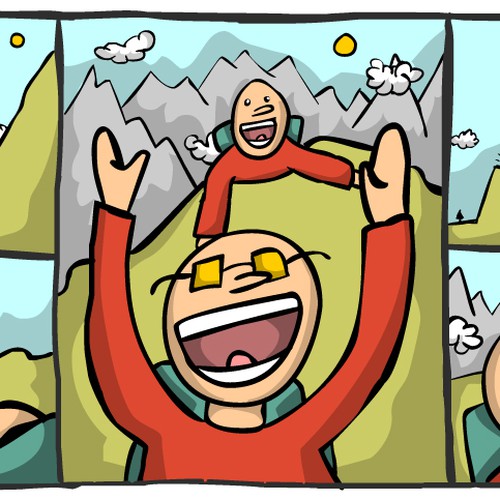 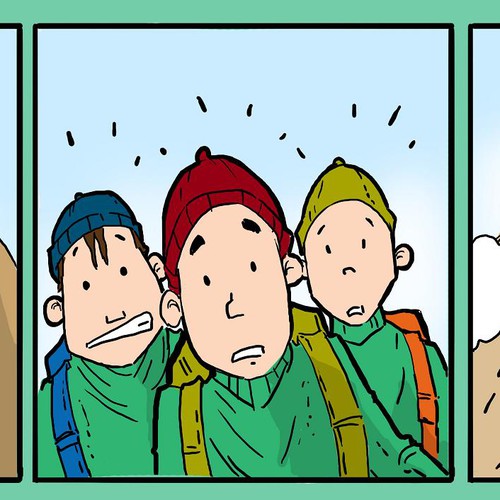 Winner - chocoboracer
Brought the idea in my head to life! It looks even better than I imagined.
- forgivengearsite

How me+think started their illustration or graphics journey

We want graphics to illustrate that, even when game developers think they have reached the end, there is still much further to go.

Ideally, we'd like three frames of a similar image:

Image 1) Climbers reach the top of a mountain. This can be one or more climber-they are supposed to illustrate game developers. This can be any style - from simple stick figures to cartoons. You might even be able to eliminate rid of the climbers, leaving only the mountain.

2) The image pulls back, and reveals that the mountain peak that they just reached is really just about half-way up a larger mountain - they have much further to go.

See the attached image - peak 1 and peak 2 provide the basic idea of the . Ignore the "basecamps".

If you are going to attempt to make the image look realistic, the climbers should look elated in image 1, and disappointed when they realize that they have much further to go.

Another approach might be to put some text on each of the mountains, as if the mountains were named. i.e. "Mount Build a Great Game" for the first and "Mount Get Paid through Freemium"

Note that we can be flexible, so will react to your designs.

Would be great if the colors are compatible with Thinkgaming.com colors.

11 Cool, Simple, Exciting, Black and White Sketches for New Book!
US$249
The sketches are needed for each chapter and sub-chapter of a book that is almost ready to be published. The book co...
80
entries
11
designers
Lost World Lunch Card Game Illustrations
$249
We develop tabletop games for casual play. This project is geared to all age ranges....
70
entries
15
designers
2 SpawnCandy Female Gamer Characters and centerpiece graphic design.
US$ 799
Design a graphic image of two custom art female characters with a video box area between them specific to SpawnCandy.com
54
entries
25
designers
Character Illustrations for 10 Small Cards
400 US$
Game of Energy is a board game that puts all of the world's energy industries together, requiring each player to find...
27
entries
4
designers
Dragon Hunter Graphic Novel Cover Art Concept
$1,199
We make board games and graphic novels. Trying to get some concept art completed....
73
entries
29
designers
amazingly cool cartoon design for Rock Paper Scissors game
459 AUD
We are looking for amazingly cool cartoon type (black-and-white) designs for Rock Paper and Scissors. This is going...
82
entries
33
diseñadores

Get started now
Meme Dragons VR game store art
$549
This design is for the store-page art of my upcoming VR game, Meme Dragons. There may also be a follow-up opportunity to
53
entries
15
designers
Create our visual story
449 A$
We are a small chain of four unique and clever Game/Gift/Toy stores located in Central Brisbane. (North, South, East and
100
entries
15
designers
Design "Feature Graphic" for Android game with 3 million downloads
1.399 $
Android Word finding games
68
entries
10
Designer
Cute POTATO character design for kid's toy!
349 US$
Fun toys for kids meant to get them moving!
123
entries
67
designers
Game Redesign - Stage 1 (Trading Card Design)
549 US$
Mythereum is a digital trading card game where players build decks and battle for fun, glory and cash.
63
entries
26
designers
Design card templates for our next board game: AlderQuest
$349
We sell tabletop (card) games to gamers all over the world
14
entries
4
designers
Learn more about illustration or graphics design
See how it works