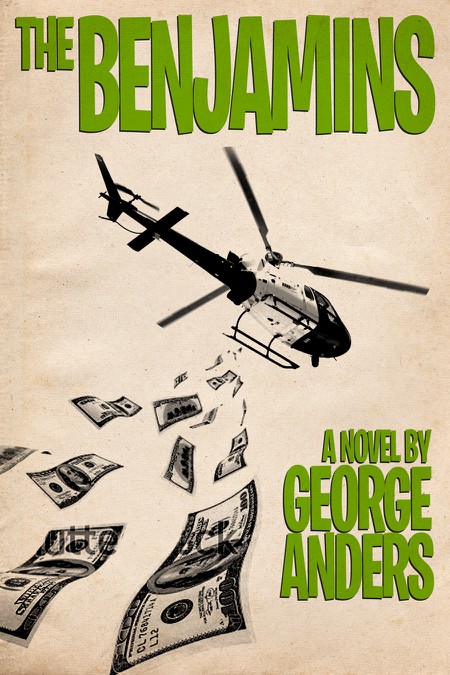 Create a book cover for "The Benjamins," a satire about money gone mad.

George Anders needed a new book or magazine cover design and created a contest on 99designs.

A winner was selected from 139 designs submitted by 27 freelance designers. 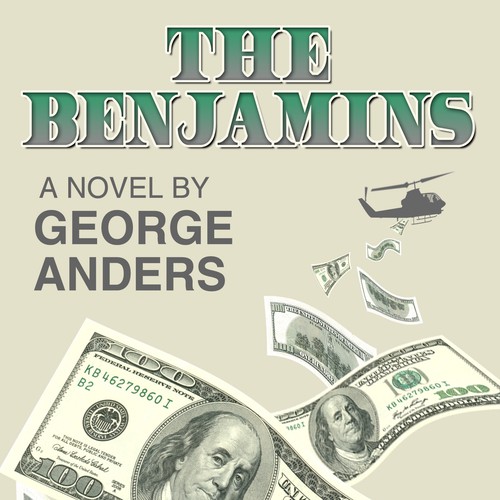 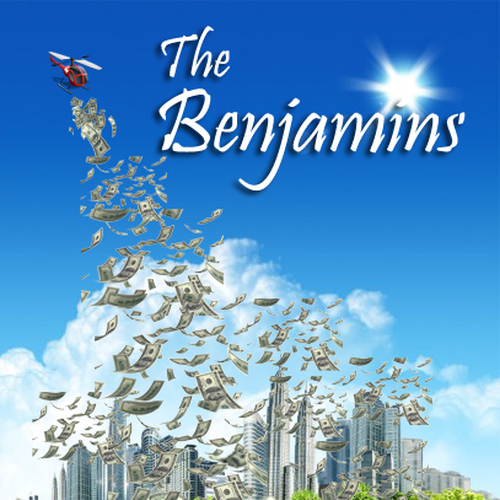 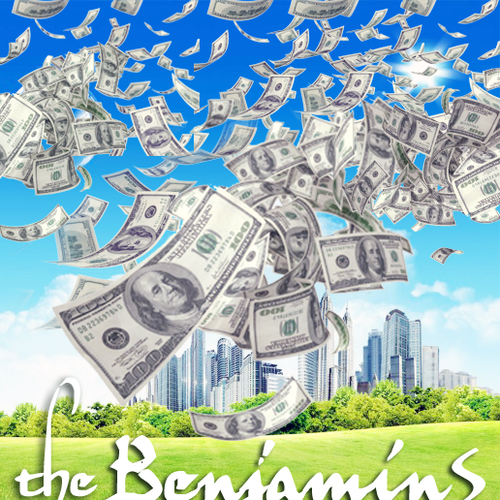 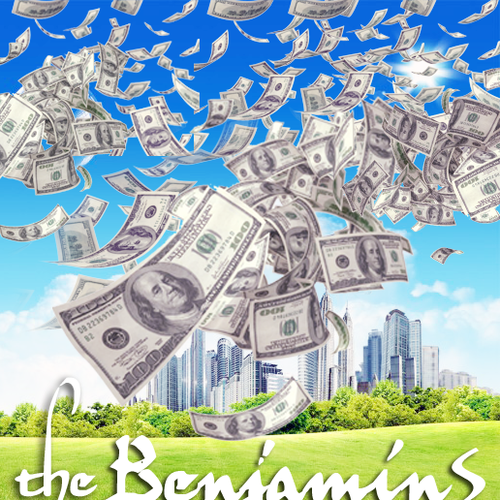 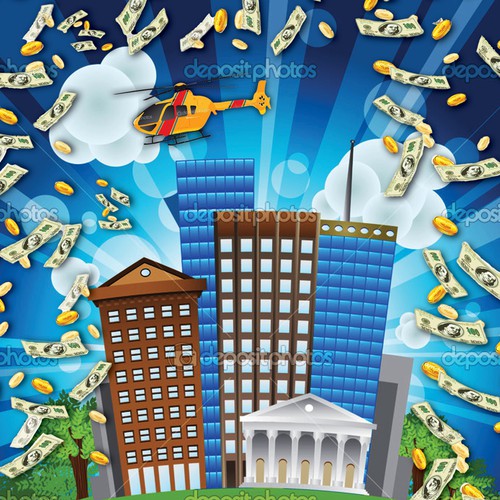 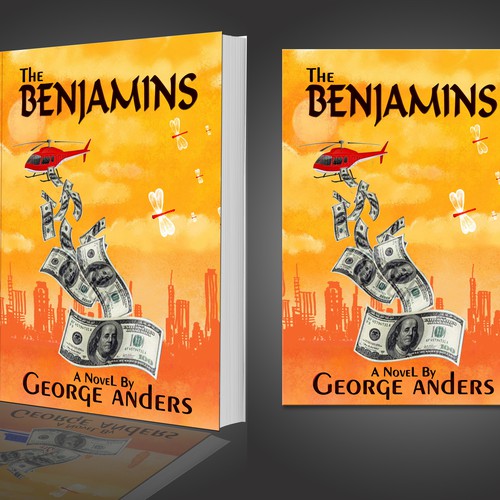 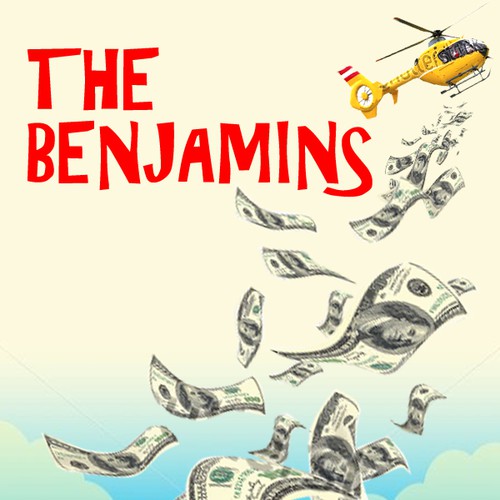 Winner - jestyr37
Great communication. Very helpful and professional during the entire process. Also very easy to work with and clearly knew what he was doing. Would definitely recommend.
- Anonymous

Finalist - Najma
Najma integrated all of the components listed in my design explanation. This cover is layered in ideas pointing to the title of my book. Najma presented several different covers to address my requests. I am thrilled with the outcome. Thank You!!!
- Nkhaller

I've written an e-book book called "The Benjamins." It's a novel aimed at anyone who would enjoy a satirical look at modern-day life.

The book needs a cover design that's optimized for Amazon/Kindle, but could also work as a traditional printed paperback.

Yes! (See full synopsis of the book below.) This is a tale of money and madness on three continents. I think the easiest and most powerful image would involve lots of $100 bills streaming through the sky. Perhaps with a helicopter in sight. Perhaps not. Maybe with a town below.

You're welcome to try other design ideas, too. I'm open to ideas.

The story starts in a small-time Caribbean cyber-cafe. We meet Nigeria's greatest scammer of the 1990s, Righteous Johnson. He fled from Africa a decade ago, when anti-spam software ruined his life. Now he's broke, hobbling on a cane, and unable to get anyone to answer his emails. He needs a new business model.

Enter his 19-year-old niece, a child of the digital age. She's got big dreams, all of which involve a fake computer-security company that can wiggle its way inside U.S. banks. She knows almost nothing about banking, but that is not a problem. We live in an era where global fraud can be crowd-sourced. She connects her uncle to a vast network of faraway buddies that she's met via Coursera-style online classes (MOOCs.) Suddenly, their cyber-cafe takes on the trappings of a go-getter Silicon Valley startup, full of babble about disruptive thinking ... minimally viable products ... REI-style climbing walls, etc.

She and her uncle form The Benjamin Squad and land their first client: a frightened Queens-based banker whose ATMs are vomiting out money. By rights, his decision to hire the Benjamins should be a career-ending blunder. But the Benjamins tap into a nonstop run of brilliant anti-fraud advice from their MOOC. Within weeks, the Benjamins haven't just collected millions from their banker; they have inadvertently fixed his bank. Inspired by this beginner's luck, our scammers start getting ever-bigger security contracts in America.

Meanwhile, the book's anti-hero, Jack Pinto, is in a heap of trouble. He runs Five Beans Capital, a grandiose hedge fund in New York that's based on the principles of "Jack and the Beanstalk." He's a blend of George Soros and Deepak Chopra: a holistic zealot who doubles as an investment genius. Pinto also is in the midst of being busted by the U.S attorney's office for various securities-law mischief. The facts are hazy but the feds want $20 billion in penalties (echoes of JPMorgan.)

Pinto negotiates a face-saving settlement in which he will give away some of the money in an effort to help the unemployed. He can't figure out the right way to do this, until an idiot-savant hardware clerk puts Pinto onto the winning strategy. Rent some helicopters. Load them up with $100 bills. Fly over troubled parts of America and hurl money down below, as fast as you can. It's what Fed chairman Ben Bernanke metaphorically alluded to in 2009, without having the guts to go airborne. To make it work, you literally do have to use helicopters.

Pinto becomes an outlaw, dodging FAA regulations to get his helicopters in action, and skirting money-laundering laws to get his hands on enough $100 bills. While he goes on the lam, the Benjamins get their biggest job ever: helping the U.S. government audit all of its electronic-payment systems. But suddenly everything that the Benjamins recommend turns out to be more like sabotage than security. The MOOC tipsters start providing really bad advice. Our scammers can't disentangle from them. It's starting to look as if the old Nigerian phisher-man and his cute niece are being set up by villains who want to destroy the global financial system.

Who's behind this scheme? And if the Benjamins can't contain the damage, can anyone react fast enough? For that matter, why is Jack Pinto's helicopter headed toward Washington? You'll get all the answers in Chapters 19 to 21.

book or magazine cover for AdvisorGhost. For Matt Shafer.
US$ 299
Ghostwrite business books/help design and produce books.
46
entries
15
designers
Book Cover for new Chick Lit novel "Checking Inn"
CA$299
I am looking for a book cover for my new novel "Checking Inn"
169
entries
20
designers
Would You Teach A Fish To Climb A Tree? - Create a winning book cover!
US$ 499
We publish books on the leading edge of consciousness....
110
entries
25
designers
Create an awesome book cover for the new book Forward Story
$ 499
A personal development book to help everyone who wants a better life.
144
entries
29
Designer
The Rover Reform School for Dogs
$299
This is a laugh-out-loud chapter book that combines fact with faction aimed at readers, at about age 10. The main cha...
47
entries
17
designers
Create an attractive cover for the book 'Who Stole my Workspace?'
249 €
We publish easy to read business books that appeal to a broad public in the Netherlands!...
55
entries
26
designer graphistes

Get started now
Design a book cover that will "Captivate & Engage" as well as its information will.
$ 299
This book, "Captivate & Engage: The Definitive Guide for Nonprofit Websites," was written by two experts in the field...
71
entries
20
Designer
The Crooked Little House Book Cover
$ 299
My target audience is 17 years and up, men and women....
85
entries
20
Designer
A beautiful CO mountain range with clouds, blue, sky, sunshine, and a fluffy white snow
US$ 299
Fiction/novel romance book first one Marissa Delaware theme Christmas memories, family, and friends; target audience ...
46
entries
11
designers
Cover for a Daily Joy Journal
US$499
Daily Journal for the practice of finding the Joy in life....
103
entries
32
designers
Tobecleared
£ 349
Tobecleared
135
entries
38
designers
Create a cool cover for "Write on Tech" ebook
$299
I provide content marketing writing services to technology companies....
35
entries
14
designers
Learn more about book or magazine cover design
See how it works