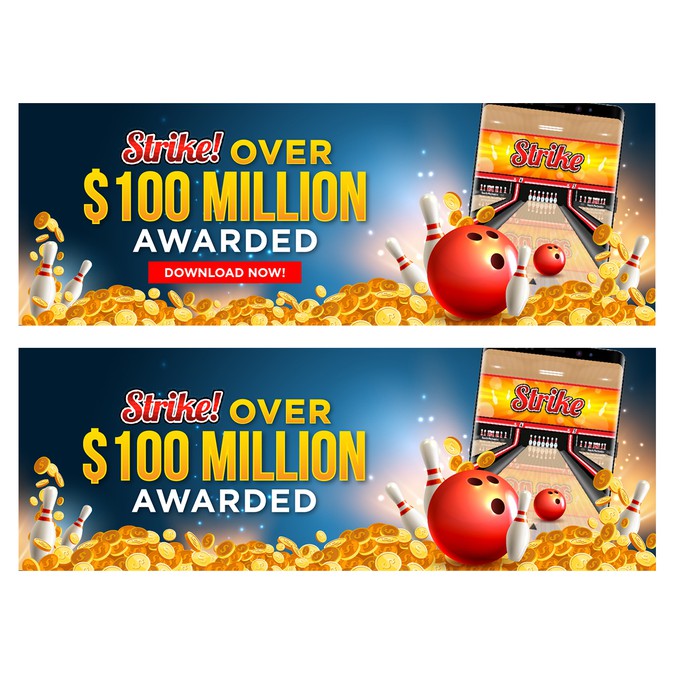 nproctor needed a new banner ad design and created a contest on 99designs.

A winner was selected from 46 designs submitted by 18 freelance designers. 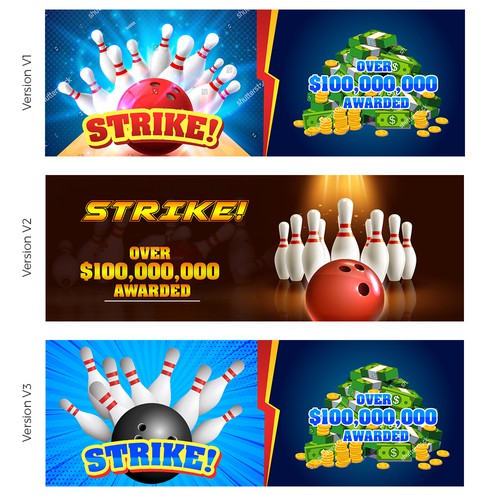 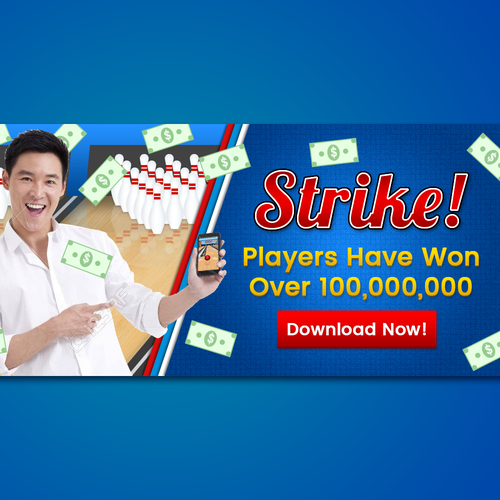 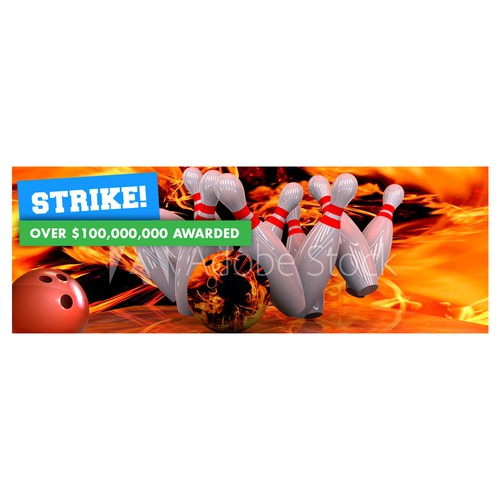 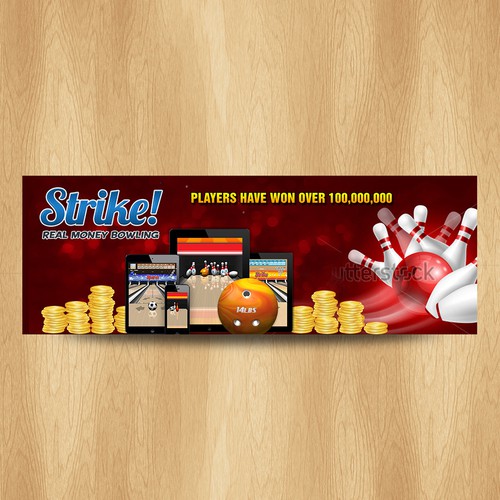 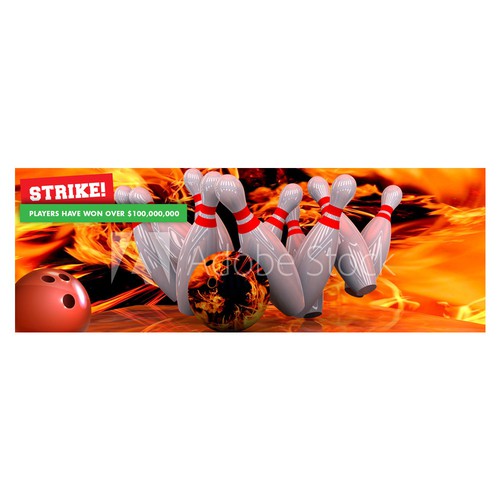 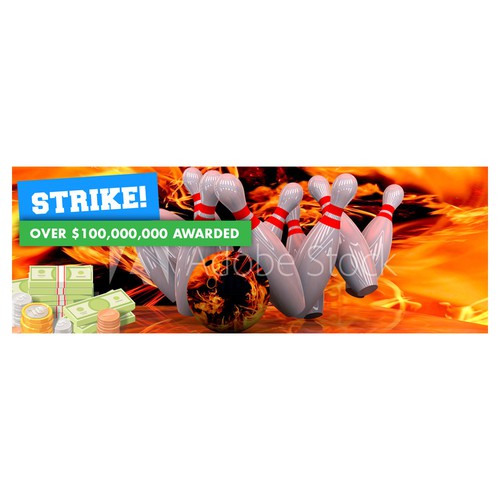 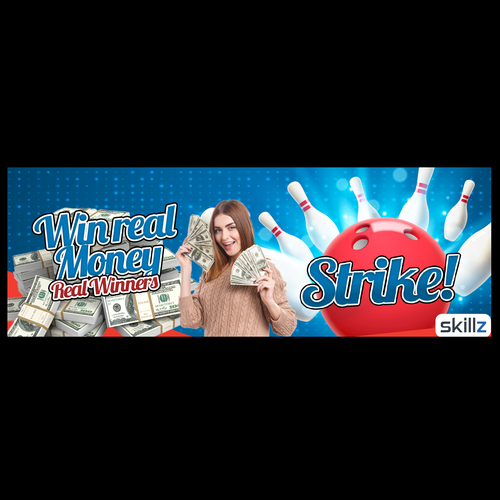 Skillz is the leading mobile eSports platform, connecting the world’s 2.1 billion mobile gamers through competition. You play against real players for real-world prizes. Skillz has given out over $100 million in prizes and counting!

WHAT: A promotional banner ad for the game Strike! Bowling.

WHERE: This banner ad will appear in the Samsung Galaxy app store.

KEY PERFORMANCE INDICATOR (KPI): Click-through-rate is the most important factor. That said, it’s important to communicate the game’s value proposition – that you can win real money playing this bowling game.

CREATIVE BRIEF: There are 3 things that visually must be communicated in this banner ad:

1. It’s a bowling game
2. You can win real money playing the game – we often use cash imagery to do this (stacks of cash, cash raining down, big novelty checks, ATMs, etc.)
3. The name of the game – STRIKE!

Beyond that, your goal is to come up with the most clickable ad. You’re free to be creative! You may or may not want to include people (most likely illustrated, but we’re open to photographs) in your ad – holding a bowling ball or holding a big novelty check or a stack of cash, for example.

It might help you to know that one of our biggest difficulties is to communicate that you really can win money – that it’s NOT a scam. That’s why we’ve incorporate real winners into a lot of our advertising.

I’ve attached a few example banner ads for reference. NOTE: For the last 12 months, we’ve been almost exclusively done video ads. So we don’t really have a performance history for static banner ads. The ones I’ve included haven’t performed very well. So take them with a grain of salt.

Keep in mind that this is a banner ad that will be shown in the Samsung Galaxy app store. It will be featured alongside many other games. So it must stand out!

Whoever we choose as the winner will likely get A LOT more work for us! We have many more games and many different uses of banner ads. So put your best foot forward! We would love to make this a long-term partnership.

We saved a spot for your banner ad contest.

Get started now
Design a Google Banner Ad for Outdoor Gear
$49
Our company is a digital marketing firm that runs online promotions for various clients, one of whom is Armored Outdoor
16
entries
9
designers
NEED A FUN WEB BANNER DESIGNED FOR BOATING PRODUCT!
$129
We have a odor eliminator that is used in RV and boat Portable Toilets
66
entries
11
デザイナー数
Banners for Lineage 2 gaming server
400 US$
Beyond World is opening brand new lineage 2 server soon. We currently have voting on our website https://beyond.lt and o
22
entries
13
designers
Banner for gaming company
129 US$
Online gaming site offering online casino and sports betting
51
entries
15
designers
Hero Banner Image for VidaPlayer.com
$129
We are an ecommerce website that sells digital gaming goods. Our product offerings are the following by priority: Play
36
entries
13
designers
Create A Clean Ad Banner For Super Bowl Pool Site
49 $US
A website that makes it's own super bowl square contests online for free.
5
entries
3
designer graphistes
Learn more about banner ad design
See how it works